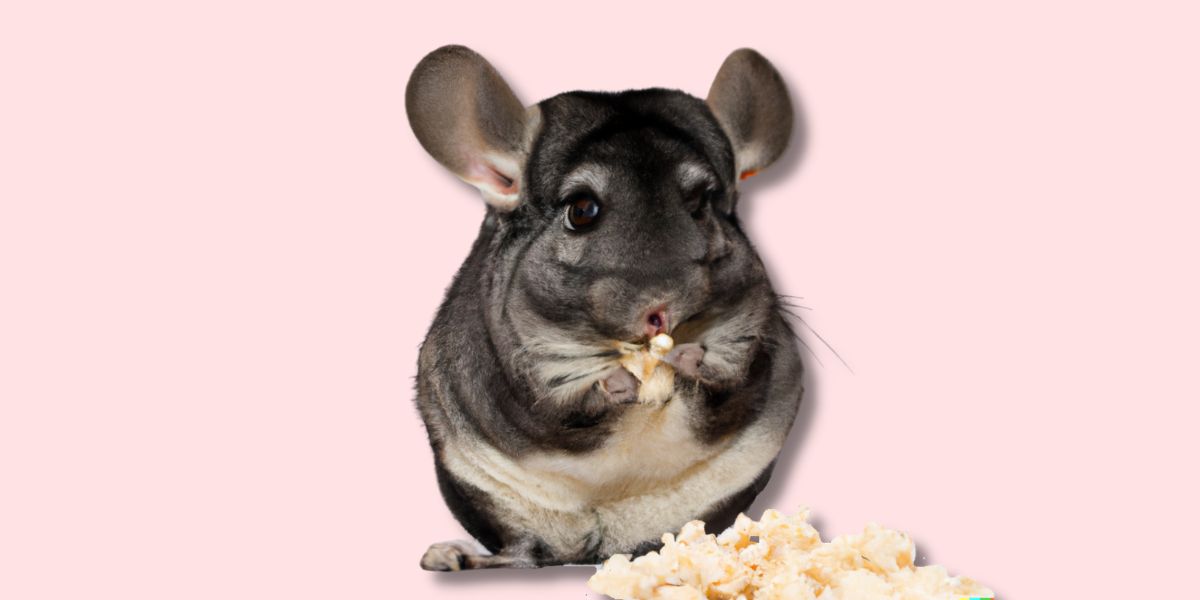 Chinchillas are small, cute, and cuddly pets that belong to the rodent family. Did you know that popcorn kernels and chinchillas actually have something in common?

This stems from the fact that when chinchillas get really excited, they can start to jump straight up using all four legs or run forwards and backward in a jerking motion. This movement is known as “popcorning” since it resembles the movements of kernels popping in a pan.

Any pet owner who has witnessed this happy dance can attest to the fact that it is probably one of the cutest things in the world to see your adorable chin literally jumping for joy!

Speaking of chinchillas and popcorn, you are probably wondering whether chinchillas can safely eat popcorn too. This is an important question that requires us to take a closer look at the digestive adaptations and dietary needs of the adorable pet.

Chinchillas can eat popcorn, but it should only be served in very small quantities on rare occasions. Since the digestive tract of chinchillas is not well-adapted to digest high-carbohydrate foods, the frequent intake of popcorn can lead to a variety of complications, including bloating, obesity, diarrhea, and kidney stones.

While it can be quite tempting to feed your chinchilla a few pieces of popcorn every time you’re watching a movie together, the reality is that this habit will often do more harm than good.

Contents show
1 What Could Happen If My Chinchilla Eats Too Much Popcorn?
1.1 Obesity
1.2 Bloating and Gastrointestinal Stasis
1.3 Diarrhea
1.4 Choking
1.5 Kidney Stones
2 What Are Some Alternative Healthy Treats for Chinchillas?
2.1 Sources

What Could Happen If My Chinchilla Eats Too Much Popcorn?

Chinchillas are herbivores by nature, and their recommended diet comprises mostly hay, fortified chinchilla pellets, water, and some fresh produce. While this might seem like a bland idea, the truth is that they will thrive quite nicely on this simple and consistent feeding routine. Outlined below are some of the main dangers of feeding your chinchilla popcorn on a regular basis.

For optimal health and digestion, Chinchillas require a low-fat, low-carbohydrate, and high-fiber diet. Popcorn serves an excess of carbohydrates with a whopping 78 g (2.8 oz) for every 100 g (3.5 oz) serving. Furthermore, the majority of popcorn that is popped in oil rather than being air popped also has a significant amount of fat. This combination of excessive calories and fat can lead to Chinchillas’ obesity, which will lower their quality of life and also place them at risk of acquiring diabetes.

Gastrointestinal stasis refers to a situation whereby the food in your pet’s digestive tract is traveling at a much slower rate than it normally should. When chinchillas consume a high-fiber diet as recommended by veterinary experts, their digestion process occurs at the right pace, and they are able to consume more food without any problems.

However, the habit of feeding chinchillas carbohydrate-rich foods such as popcorn tends to create an imbalance in their digestive tract. The popcorn is broken down very rapidly, and it ferments to produce an accumulation of gas. Since chinchillas are unable to vomit or belch to pass gas, chronic bloating can lead to rupture of the digestive tract, resulting in widespread internal bleeding and infection, which can be fatal in some instances.

Chinchilla diarrhea is another common digestive problem that can arise from excessive carbohydrate intake. As mentioned previously, the digestion of popcorn in chinchillas usually leads to quick fermentation, and this can cause a sudden influx of water to the colon in an attempt to correct this imbalance. This would ultimately result in loose stools/diarrhea in chinchillas.

While unpopped kernels will be relatively easier for your chinchilla to chew and swallow, popped popcorn can easily become a choking hazard, especially in smaller breeds. Choking is much harder to resolve in chinchillas since they are unable to vomit owing to the fact that their brain lacks the ability to trigger the vomiting reflex. If you notice that your chinchilla is choking as a result of swallowing a large piece of popped popcorn, you need to seek professional assistance from your local veterinary clinic immediately.

Most people will tend to add salt and other popcorn flavorings to the bowl when serving popcorn. The amount of salt added to popcorn can lead to some serious health effects in chinchillas. The sodium in salt can increase the calcium levels in urine, leading to kidney stones and other metabolic derangements. For this reason, you should refrain from feeding your chinchilla salted treats.

What Are Some Alternative Healthy Treats for Chinchillas?

Owing to the numerous risks mentioned above, experts advise that pet owners should avoid regularly feeding chinchillas with popcorn.

On the flip side, it is no secret that treats are one of the most effective tools that you can use to train your chinchilla and build a bond with them. Just because popcorn is off the menu doesn’t mean that there are no other alternative treats that you can give your furry friend as a tasty substitute.

Here is a list of vet-approved alternative treats that you can safely feed to your chinchilla:

Chinchillas are undoubtedly some of the world’s cutest pets that originate from the Andes Mountains in South America, and they can now be found in countless happy homes all over the world. When they are properly taken care of, chinchillas can live for up to 15 years or longer.

As a responsible pet owner, you definitely want to do everything possible to make sure that your chinchilla remains healthy and strong for many years to come. While popcorn may be a great snack for humans, it can definitely lead to some serious health problems for chinchillas. For this reason, it is advisable that you keep the popcorn intake to a bare minimum for your beloved chin.

We’ve covered a few different types of rodents and their love of popcorn: 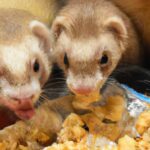