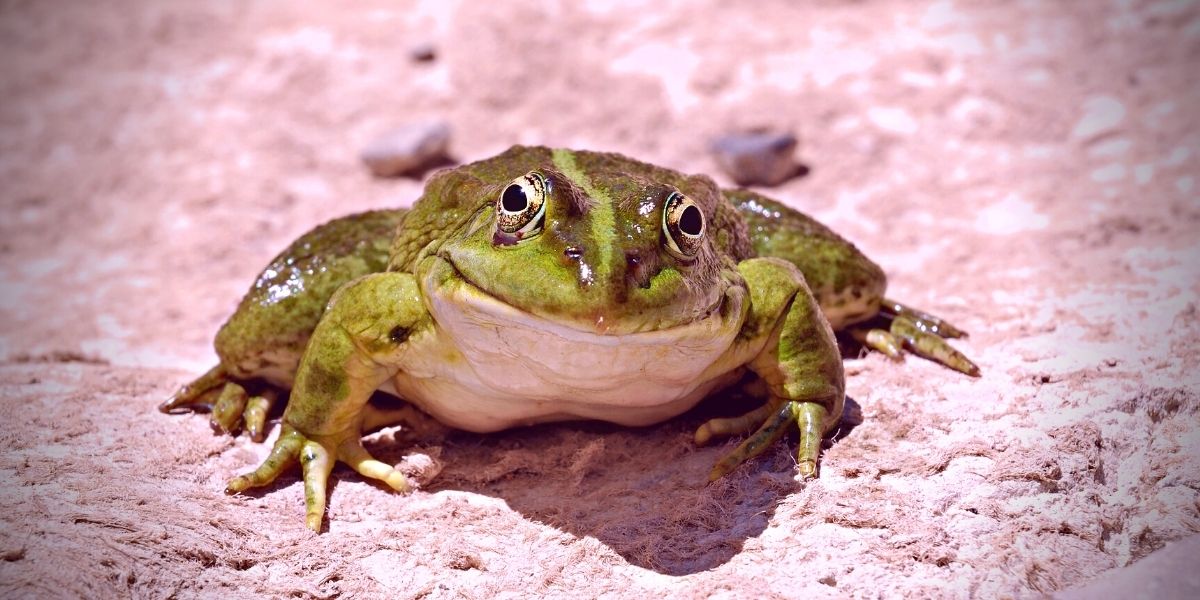 A common question that some frog owners ask is, “Can frogs eat popcorn?.” Frogs are amazing pets for amphibian lovers. The US alone imported 3.6 million pet amphibians over the course of five years. If you are one of the lucky owners of a pet frog, it is crucial to be aware of which foods are beneficial to your frog’s health and which ones are off-limits.

Contents show
1 Is It Safe to Feed Frogs Popcorn?
2 Can Frogs Choke When They Eat Popcorn?
3 Does Popcorn Contain the Nutrients That a Frog Needs?
4 Do Frogs Like the Taste of Popcorn?
5 Can Frogs Digest Popcorn?
6 What Do Frogs Eat?
6.1 Stage 1: Tadpoles
6.2 Stage 2: Froglets
6.3 Stage 3: Adult Frogs
7 How Should I Feed My Frog?
8 Always Maintain Your Frog’s Natural Diet
9 Sources

Is It Safe to Feed Frogs Popcorn?

Frogs should not eat popcorn or any other processed human food. Their diet should only comprise naturally available food that contains the important nutrients that they need for growth and survival.

Popcorn does not contain sufficient protein, and it can also be a choking hazard, especially for smaller frogs. Pet owners should ensure that popcorn is stored away from a frog’s enclosure to prevent accidental ingestion.

The feeding habits of frogs usually change as they mature from tadpoles to adult frogs. While tadpoles are usually either herbivorous or omnivorous, feeding on algae or decaying vegetation, adult frogs are obligate carnivores, and they prefer to eat live prey.

Animal experts recommend that frogs in captivity be fed the same type of food that they would eat in the wild.

Curious to know if any reptiles can eat popcorn?

Can Frogs Choke When They Eat Popcorn?

It is recommended that the size of a frog’s feed should not exceed the distance between its eyes. For this reason, smaller frogs are often prone to choking on large popcorn kernels, which can often be too large for them to swallow. When a frog ingests a food item that blocks the food passage, it can begin to vomit in an attempt to expel the item.

Does Popcorn Contain the Nutrients That a Frog Needs?

Adult frogs require a carnivorous diet that is high in protein. The nutritional profile of popcorn shows that it is high in fiber and carbohydrates with little to no protein. This demonstrates that frogs will attain minimal nutritional benefits from eating popcorn. Furthermore, flavored popcorn contains additives and seasonings that can cause digestive problems in frogs.

Another interesting question to consider is whether frogs even like popcorn in the first place. Frogs are natural predators that will generally prefer to eat live insects that are alive and moving. This predatory instinct makes it highly unlikely that your frog will choose to eat popcorn.

Most cases of accidental ingestion would occur if your frog is trying to eat a nearby insect and the popcorn kernel is close to the prey. Since a frog’s tongue is very sticky, it is not uncommon for surrounding items such as gravel, debris, and, in this case, popcorn kernels to stick to the tongue and be ingested along with the prey.

Adult frogs’ digestive systems are adapted to digest an all-natural diet mainly consisting of live prey. When frogs ingest high carbohydrate foods such as popcorn, they run the risk of the food rotting in their stomach, leading to a buildup of gas and bacteria. This is a dangerous situation that can lead to further worsening of symptoms and even death.

What Do Frogs Eat?

In light of the risks mentioned above, it is quite clear that popcorn is a big no-no for pet frogs. So what should you feed them instead? The nutritional requirements of frogs change significantly as they mature throughout their life cycle. Here are some pointers on what frogs eat at different phases of their development:

Newly hatched tadpoles are very different from their adult counterparts. While adult frogs have fully developed lungs and can live on land, tadpoles can only breathe through gills.

This renders them unable to survive on land, so they exclusively live in water. During this period of infancy, tadpoles are strict herbivores, and they mainly feed on algae and other decaying vegetation in the water where they reside.

When the tadpoles reach the six-week mark, their diet changes slightly. They become omnivores, which are capable of eating small insects in addition to algae and vegetation.

At this stage of development, the tadpole loses its gills and is now able to live on land. The diet also changes to be more carnivorous. They can eat fish and small bugs. Froglets can also sometimes feed on other small frogs. Studies show that frogs are cannibalistic, and they can eat frogs from their own species as well as those from other species.

Once frogs are fully mature, frogs are obligate carnivores. This means that they prefer to feed on live prey such as insects, fish, small mammals, and other frogs.

Check out our article on snakes and popcorn.

How Should I Feed My Frog?

Regardless of whether you have a tadpole or an adult frog, it is important to mimic the diet and eating conditions that your pet would experience in the wild.

Here are some examples of the types of insects and live prey that you should feed your frog depending on their species:

Frogs’ bodies cannot produce vitamin A, so they need to acquire it from their diet. You can carry out gut loading in order to make sure that your frog consumes enough vitamin A. This is the process of feeding live insects with vitamin-rich food or dusting them with vitamin supplements a few hours before placing the insects in the frog’s enclosure.

Frogs are unique amphibians with a dramatic life cycle that sees them transform from water-breathing tadpoles to the fully grown adult frogs that we know and love.

While it is normal for you to want to feed your pet some popular human foods such as popcorn, frogs have very sensitive nutritional needs that popcorn cannot meet. It is recommended that you should only feed your frog with the recommended live prey without any traces of human food.

Curious if fish can eat popcorn? 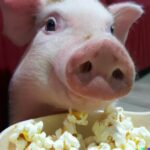 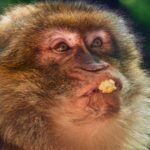