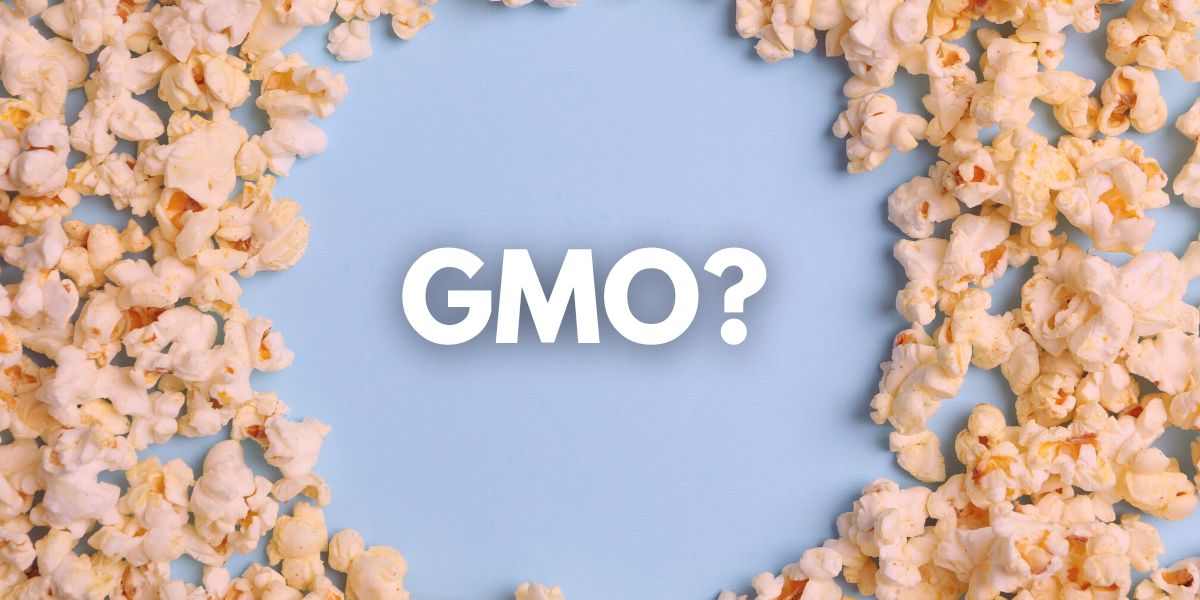 If you’re trying to stack your diet with more natural foods, you might wonder…is popcorn GMO?

Genetically modified organisms are something that consumers are trending away from in the search for a more healthy diet and lifestyle. On the other hand, conventional farmers gravitate towards them to achieve higher yields and less waste.

So how does popcorn fit into the picture?

Contents show
1 Is Popcorn a Genetically Modified Organism?
2 Ignore Catchy Health Claim Labels
3 Is Corn Considered a GMO?
4 Does Popcorn Have a Lot of Pesticides?
4.1 Sources

Is Popcorn a Genetically Modified Organism?

Most of the popcorn eaten around the world originates from the U.S., so the risk is minimal. If you want to make 100% certain, take a look at the label for its origin. If it’s from the U.S., you know for a fact it’s non-GMO.

Even if you’ve got a brand of popcorn from another country, the odds are still minimal that it’s been genetically modified. There aren’t any GMO popcorn seeds currently available for commercial purposes.

Another way to be certain your popcorn is non-GMO?

You might be wondering why you see popcorn labeled as non-GMO when all popcorn is non-GMO. It’s purely a marketing strategy and nothing more. This is a common occurrence with food products, especially in the United States.

If you’re comparing popcorn brands with varying health claims, such as ‘non-GMO,’ you can ignore it. All popcorn is non-GMO, so that type of label doesn’t ensure a better product.

There are further benefits if the popcorn is organic, though. Those products – in addition to being non-GMO – are also free of pesticides.

Is Corn Considered a GMO?

Yes, the majority of the corn grown in the U.S. is considered a GMO. These genetic modifications are made to protect against herbicides, pesticides, and insect damage. The most common GMO type of corn is called Bt corn, and it doesn’t need to be sprayed by insecticides like non-GMO corn does, which is why it’s widely used.

Genetic modification has recently been shown to increase yield as well. It’s possible with this new technology that, we may see an increase in genetically modified corn.

Remember, most of this corn is being used to feed animals such as cows and chickens. A lot of it is also used in other forms to make processed foods. For example, high-fructose corn syrup is used to make soda. Much of this field corn is also used to process into ethanol (fuel).

Does Popcorn Have a Lot of Pesticides?

What types of pesticides and chemicals can you find on popcorn?

A lot of them, unfortunately.

These chemicals are all approved for use in growing popcorn:

This is for non-organic popcorn; none of these are approved for organic varieties.

With fruits and vegetables, you can wash some of this residue off the skin, but that’s not the case with popcorn. These chemicals end up inside your body when you consume them.

So, if you want to keep your delicious popcorn snack but want to stay away from GMO products, there’s no need to worry. Popcorn isn’t genetically modified, so you can rest easy.

On that theme, though, you may want to consider only buying organic popcorn to avoid pesticides and chemical residue on your popcorn. If you want the healthiest option, organic kernels that you pop yourself at home is going to provide the healthiest choice.

Next, check out Is Popcorn Sweetcorn. 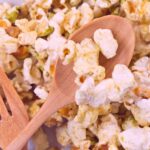 How to Get Seasoning to Stick to Popcorn 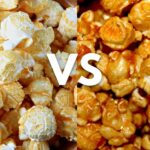 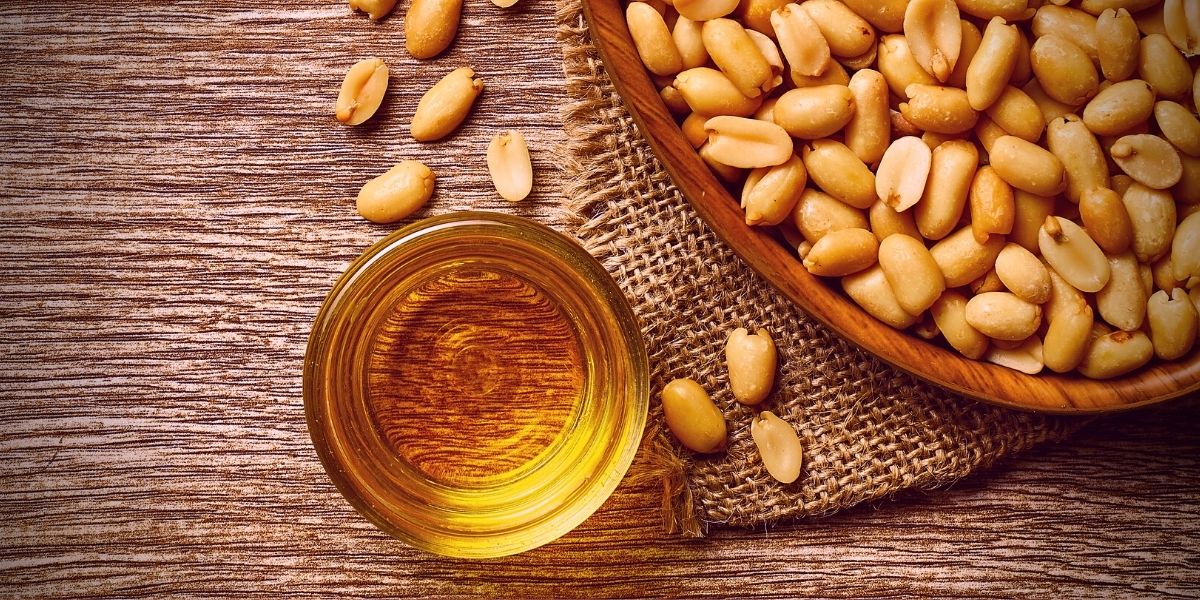 Can You Use Peanut Oil to Make Popcorn?

Peanut oil has a nutty taste and a high smoke point, making it perfect for popping kernels without burning them. 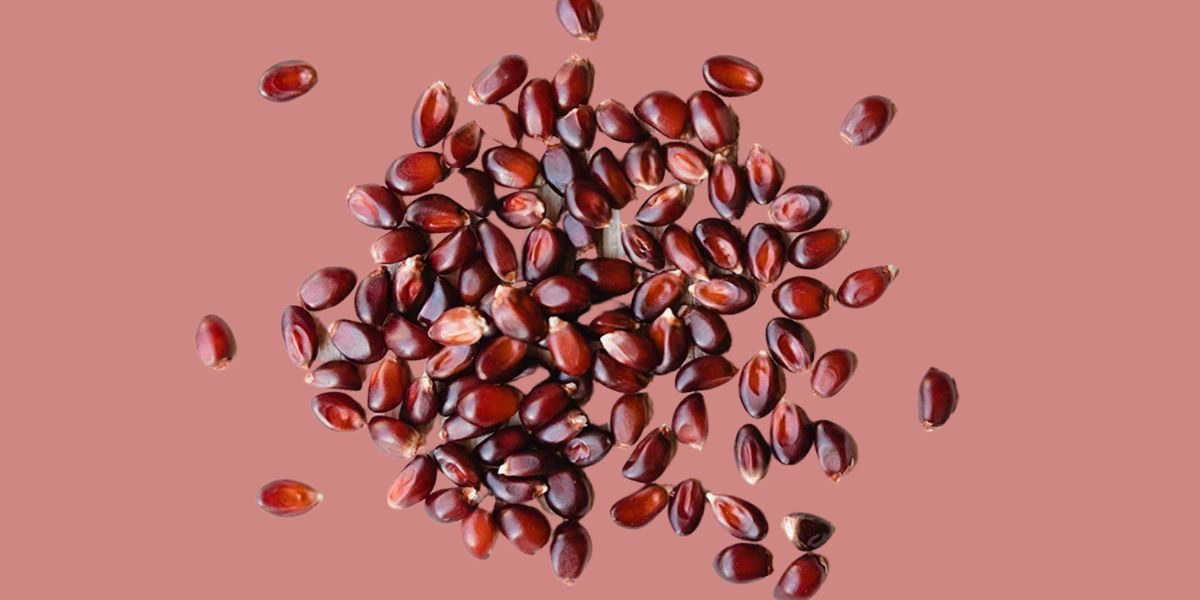 Everything you Need to Know About Red Popcorn

Red popcorn is a natural seed heralded for its delicate flavor and crunchy kernels. It can be a great addition to your movie night snack roundup or midday snack routine. 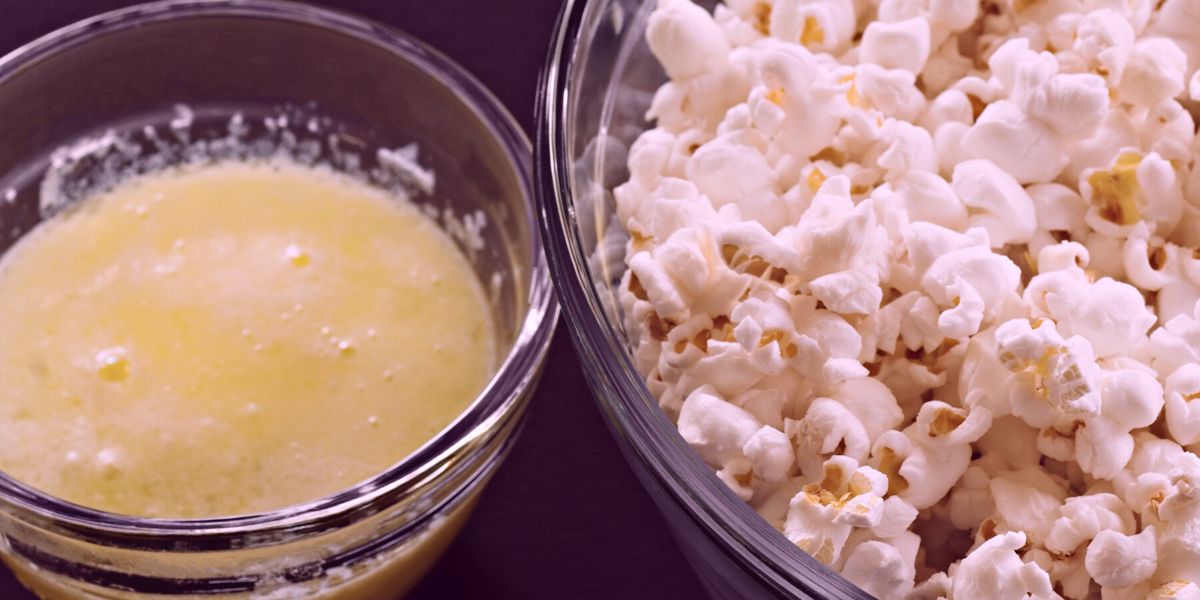 How to Make Popcorn with Butter Instead of Oil

If you’re looking for alternative ways to add flavor and cook your popcorn, we’ll uncover if you can replace oil with butter and some methods to follow.