Is Popcorn Kosher? The Short Answer is, it Depends. 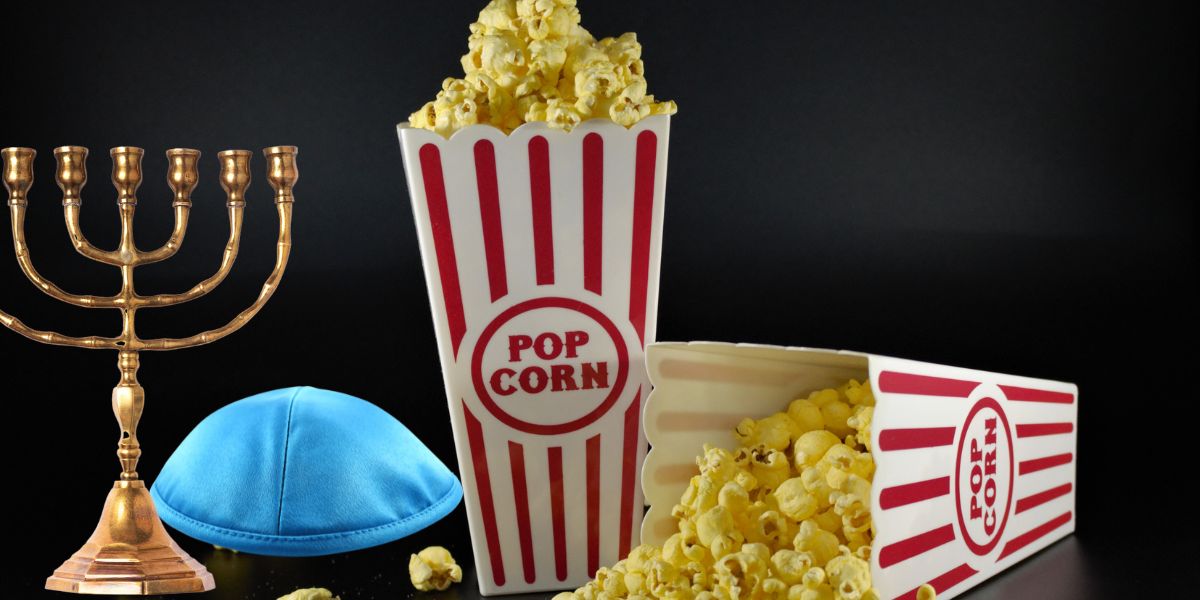 The Jewish traditions provide a great opportunity for families to bond, especially during special celebrations such as Passover. If you or your loved ones keep kosher, then you need to know which foods are acceptable and which are not. Pork and shellfish are two of the most well-known examples.

But what about other foods? Take popcorn for instance. Is popcorn kosher? The answer, as with many things in Judaism, is “it depends.”

In order for a food to be kosher, it must meet certain criteria. First of all, the food must come from a kosher animal. That means no pork or shellfish. Secondly, the food must be prepared in a way that does not mix meat and dairy products. So, for example, you wouldn’t want to put cheese on your hamburger.

Thirdly the factory where the popcorn is made must be certified kosher else any product manufactured there would not be deemed kosher.

Whether popcorn is kosher has everything to do with its processing. Popcorn is a type of corn that has been treated with chemicals in order to make it pop.

The main problem with this is that many of these chemicals are not considered kosher. In order for the popcorn to be considered kosher, the ingredients used to make it must be certified by a rabbi as being acceptable for use.

This doesn’t mean that all popcorn is automatically non-kosher; some brands make pre-popped kernels that only use kosher ingredients. However, it’s essential to check the labeling carefully before purchasing any pre-popped popcorn, as non-kosher brands may also be sold next to kosher ones.

If you’re unsure about whether or not a particular brand or flavor of popcorn is kosher, it’s always best to ask a rabbi or someone else knowledgeable about keeping kosher before eating it.

Want to know how to string popcorn to make a garland?

Is Popcorn at the Movie Theater Kosher?

The biggest hurdle here is the equipment used to make the popcorn as although they may claim to be using kosher oil, there is no guarantee that this has always been the case.

According to Rabbi David Sperling you have to be careful when ordering popcorn at the movies. He references the Star-K site, which states:

“Unless that stand is under a reliable hashgacha, which is highly unlikely, this is absolutely incorrect. Popcorn is made with hot oil, which always needs hashgacha. Even if the current oil being used is kosher, there is no guarantee that a non- kosher oil or flavoring was not previously used, rendering the equipment and all subsequent popcorn not kosher.

Can Jewish People Have Popcorn?

The answer to this question is not a simple one. It really depends on how the popcorn was made and what ingredients were used. If you’re unsure about whether or not a particular brand or flavor of popcorn is kosher, it’s always best to ask a rabbi or someone else knowledgeable about keeping kosher before eating it.

Is Popcorn Allowed During Passover?

While popcorn is not a traditional food for Passover, it can be eaten if it is made with kosher for Passover ingredients.

Many people avoid eating popcorn during Passover because of the risk of chametz (leavened bread) contamination. To be safe, it is best to eat only popped corn that has been certified as kosher for Passover.

What Brands of Popcorn Are Kosher?

According to 2020 statistics by the American Jewish Population Project, approximately 7.6 million Jewish people live in the United States. This number has been steadily increasing over the years. For this reason, many food and beverage companies have sought to acquire Kosher certification so as to appeal to the Jewish market.

Depending on how it was prepared, popcorn can be kosher or non-kosher. Plain popcorn kernels that have just been harvested from the cob are considered kosher. However, the processing techniques and tools used in some popcorn factories can make it non-kosher.

Hence, when purchasing popcorn, you should look for Kosher certification on the packaging. Some common kosher-certified popcorn brands include:

Yes! According to their website, it is. They state:

“The Popcorn Factory® proudly carries the world’s best known and most widely accepted Kosher trademark, OU-D, on all of our popcorn products.”

Yes! They state that:

“our products are certified as kosher by the Chicago Rabbinical Council (CRC) and Orthodox Union (OU).”

What Makes Something Kosher?

Kosher refers to the special way that Jewish people prepare, process, and eat their food according to the ancient dietary framework.

The guidelines require that dairy and meat should not be mixed. Furthermore, certain animals are off-limits. Some prohibited types of meat include pigs, rabbits, shellfish, and certain cuts of beef such as sirloin, which has been obtained from the hindquarters of an animal. In addition, the tools used to handle meat should be separate from those used to handle dairy.

Fortunately, any foods that are non-meat or non-dairy are kosher. This includes fresh fruits, vegetables, grains, nuts, and seeds.

Kosher popcorn refers to either pre-popped or popcorn kernels that have been prepared, processed, and packaged per the recommended kosher guidelines. Various organizations, such as the Orthodox Union, handle the task of inspecting food companies and issuing kosher certification to brands that meet the standard.

On the other hand, non-kosher popcorn refers to any popcorn that fails to meet kosher guidelines. This could include popcorn made using non-kosher tools or popcorn that contains chemicals that are considered non-kosher.

Is Popcorn Allowed During Passover?

Yes, popcorn is allowed during Passover. In Jewish culture, popcorn falls under a classification of foods called kitniyot. This group of foods includes corn, legumes, and rice. In 2016, the Jewish Conservative Rabbinical Assembly voted to lift a nearly 800-year ban on kitniyot, thereby making it kosher for Passover.

Passover is a special Jewish celebration that spans over eight days. In addition to the general kosher guidelines, which apply all year round, there are some additional dietary guidelines that exist during Passover.

The Passover rules prohibit unleavened grain products known as chamez. This includes oats, rye, wheat, barley, and spelt. Furthermore, yeast is off-limits. Instead of regular bread, Jews eat matzah during Passover. This is a type of unleavened flatbread that does not contain yeast.

Why Was Popcorn Banned in the Past During Passover?

Different Jewish denominations tend to have slightly different interpretations of which foods are kosher for Passover and which ones are not. Prior to the 2016 Rabbinical Assembly decision, kitniyot was considered non-kosher during Passover for Ashkenazi Jews. On the other hand, Sephardic Jews never had this restriction in place.

Many centuries ago, Ashkenazi Jews prohibited corn and other kitniyot foods during Passover because they bore similarity to some chamez foods such as wheat especially when in flour form. If you look at a sample of unlabelled wheat flour and corn flour, then you might be able to see what they were referring to.

In medieval times, there was no clear labeling on foodstuffs. Hence, it would be quite common for such confusion to occur. However, in modern times, food packaging has clear labels on different types of flour so, the Rabbinical Assembly saw that it was time to lift the ban.

When the kitniyot ban was in place, many vegan Jews found it difficult to eat healthy and nutritious meals during Passover. This situation further prompted the Rabbinical Assembly to revisit the guideline.

Rabbi Elliot Dorff, who was one of the co-authors of the new rule, stated that vegans were finding themselves with very limited food options that virtually forced them to go without protein for the eight days of Passover.

Luckily, popcorn is vegan; hence with the new guidelines in place, Jewish vegans can enjoy a delicious variety of options during Passover.

Do Popcorn Kernels Have to Be Kosher?

Yes, popcorn kernels have to be kosher-certified just like pre-popped popcorn. This is because not all popcorn factories follow kosher guidelines during the preparation and packaging of popcorn kernels.

According to the Orthodox Union, popcorn is intrinsically kosher; however, the difference comes with the processing methods and additional oils or flavors. The best way to determine whether popcorn kernels are kosher or not is to look for a kosher certification on the label or consult your Rabbi who is able to provide more guidance.

The Jewish culture is one of the oldest civilizations in the world. Millions of people all around the world observe kosher. While it might seem quite different from other conventional food practices, kosher can be quite enjoyable to practice once you know the basic guidelines.

There are many kosher popcorn brands that you and your loved ones can enjoy eating during Passover and other Jewish events.

In conclusion, whether or not popcorn is kosher really depends on the type of popcorn you’re eating. If it’s made with butter, it’s probably not kosher. But if it’s made with just oil and salt, chances are it is kosher.

Of course, as with anything else, if you’re unsure whether or not something is kosher, be sure to check with your rabbi or a reliable source before eating it.

Check out is popcorn gluten free next.

Is Popcorn a Good Wedding Favor?

How to Pop Popcorn in a Paper Bag 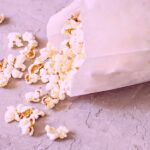