Popcorn Without Kernels: Does it Actually Exist? 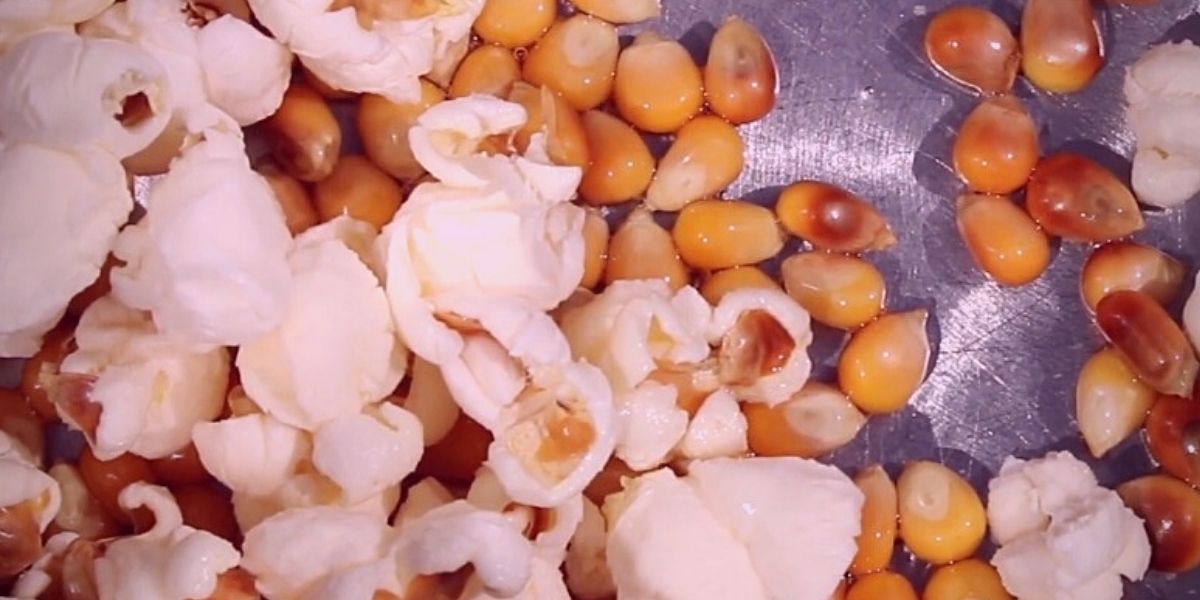 If you’re a popcorn lover, few things are as frustrating as sitting down to a bowl of popcorn, only to find that there are a ton of unpopped kernels at the bottom of the bowl.

While most popcorn will leave a few kernels behind, most people want as few of those kernels left behind as possible. If you’re wondering what you can do to decrease the odds of finding lots of unpopped kernels in your popcorn, there are several things you can check into that will do just that.

Curious what exactly popcorn kernels are?

When you’re popping popcorn, you need moisture to make the kernels pop. When there isn’t enough moisture in the popcorn maker, you’re going to have unpopped kernels.

Unfortunately, there is no way to eliminate all unpopped kernels from showing up in your popcorn bowl, but there are things you can look at to decrease the number of those unpopped kernels so that you can have more of these crispy morsels to enjoy in the end.

Let’s take a look at a few of them.

When microwaves get old or worn out, they will work much less efficiently, mainly because they don’t get hot enough to do the job.

Most microwave popcorn needs to be cooked in ovens at 80% to 100% power, so if you cook your popcorn at a lower level than that, you could have a lot more uncooked kernels than you were expecting. One simple tip is to always cook microwave popcorn according to the directions without straying at all. This should result in fewer unpopped kernels in the end.

When you have a bag of microwave popcorn in the microwave, even for a second or two, if the package tells you to pop the corn between two and four minutes, for example, wait until the kernels have about three seconds in between pops before you turn off the microwave.

The key here is to be consistent with the microwave’s heat and never pop the kernels too slowly. If you stop the microwave when there’s a bag of popcorn in it, it can slow down the cooking process and cause more uncooked kernels when you’re done.

If you are popping popcorn on the stove, make sure you follow the instructions to the letter, just like you do with microwave popcorn.

When it comes to popcorn brands, you get what you pay for.

The result of this is subpar popcorn that produces far more unpopped kernels than it should. If you’re consistently getting lots of uncooked kernels with your popcorn and you’ve been using the same brand all along, it’s probably time to go ahead and switch brands.

Some of the least expensive brands on the market only pop about 50% of the kernels in the package, and that number is way too high. Other brands have kernels that are too dry, and since popcorn kernels need moisture to pop right, this increases the number of unpopped kernels in your popcorn bowl.

Again, most popcorn companies do not charge a lot for their products, so you might as well spend a little more money and get popcorn that is tasty and doesn’t have a lot of unpopped kernels in with the popcorn. It is an inexpensive and simple solution to a very frustrating problem.

3. You Tried to Pop the Popcorn a Second Time

We don’t recommend this because kernels that didn’t pop the first time are usually useless and even dangerous in some circumstances.

While generally not recommended, some people take the unpopped kernels and try to pop them a second time. If you are going to attempt this, first wash off the kernels with water to get the oils off of them.

Leave the kernels in a cool, dry place until they are completely dry. This may take two to three days.

When you’re ready to cook the kernels, place them in a brown paper bag and close the bag. Don’t add oil or anything else to the bag. Put it in the microwave and cook it for about a minute.

If you try microwave popcorn and you find it has too many unpopped kernels, you can’t take that popcorn and try to cook it on the stove or in an air popper.

You can, however, switch to popcorn that needs to be cooked on the stove or in an air popper. If you’d like to learn more about the air poppers available, check out our full guide.

While you always have to stick with the instructions that come with a particular type of popcorn, switching from one method of popping popcorn and another is often the best way to reduce the number of unpopped kernels you find in your popcorn.

If you wish to go super healthy, an air popper is a good choice. If you prefer sweet popcorn, you might want to consider making kettle corn. If you simply love to cook, you can choose the stove method of cooking popcorn.

There are tons of options out there if you love popcorn without kernels, so you just need to find the one that’s right for you.

What Else Can You Do?

Despite using the same brand of popcorn and the same stove, you can end up with different results when popping popcorn. In other words, you’ll have to practice some trial and error before you come up with the best method to reduce the number of unpopped kernels in your popcorn.

Some of the other things that make a difference when it comes to popping the perfect popcorn include:

Regardless of what you do to prevent unpopped kernels, it is impossible to have every single kernel pop in the end. Even in the best of circumstances, you’re going to have at least a few unpopped kernels in with your popcorn.

Your goal should be to reduce the number of those kernels by as much as you can so that you have a lot more tasty morsels of popcorn than you otherwise would.

For more interesting facts about popcorn, check out this article next.

Top Tips for Getting Popcorn Without Kernels

There are other things you can do to reduce the chances of accidentally biting down on an unpopped kernel and possibly chipping a tooth.

If you’re cooking microwave popcorn, you can open the bag ever so slightly (enough for kernels to fit through but not fluffy popcorn) when it’s done, turn the bag upside down, and shake gently over a trash can to get most of the unpopped kernels out of there. If the bag is only slightly ajar, it can get rid of a lot of these kernels.

These bowls are inexpensive and very effective at reducing the number of unpopped kernels you pick up as you eat the popcorn. They are also especially useful when you’re feeding popcorn to kids and you don’t want them to choke on the kernels.

While making popcorn without kernels can be tricky, you do have options that will reduce the number of those kernels that end up in your bowl.

Of course, there’s some trial and error, but you can soon be eating popcorn with much fewer unpopped kernels if you practice some of the techniques mentioned above. For the most part, these are simple tips that you can use without breaking the bank. Popcorn is a popular snack in the U.S. and the rest of the world, so get popping!

To bling out your popcorn, check out our Unicorn Popcorn and Rainbow Popcorn recipes. 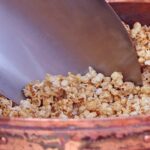 Kettle Corn Versus Popcorn: The Differences and Similarities

Does Popcorn Make You Fart? 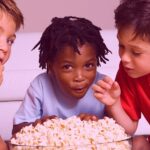 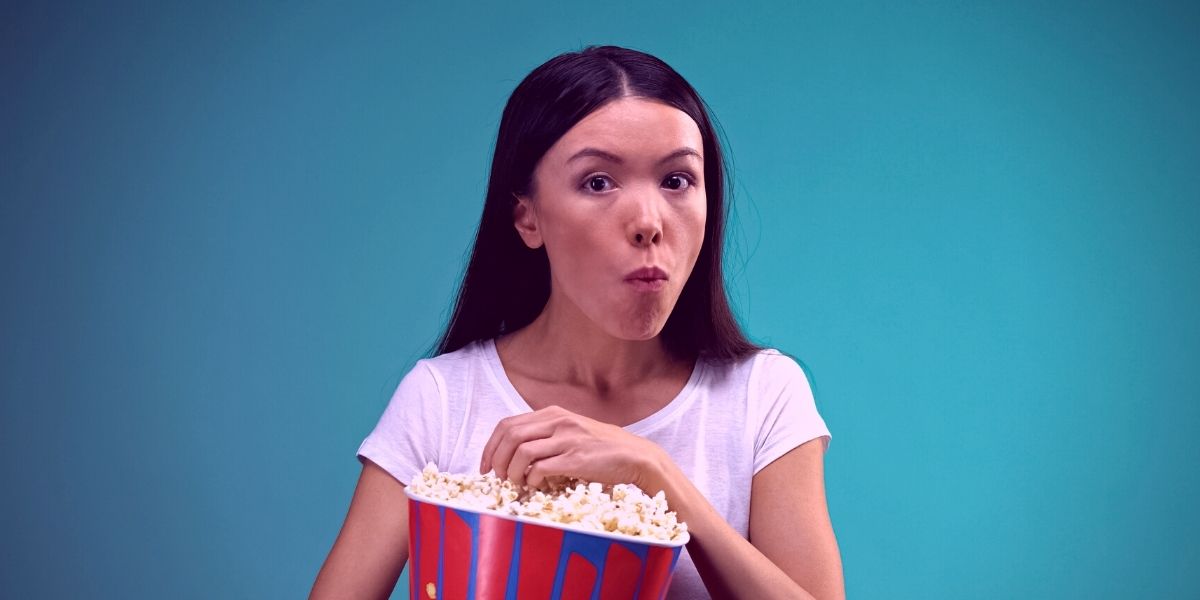 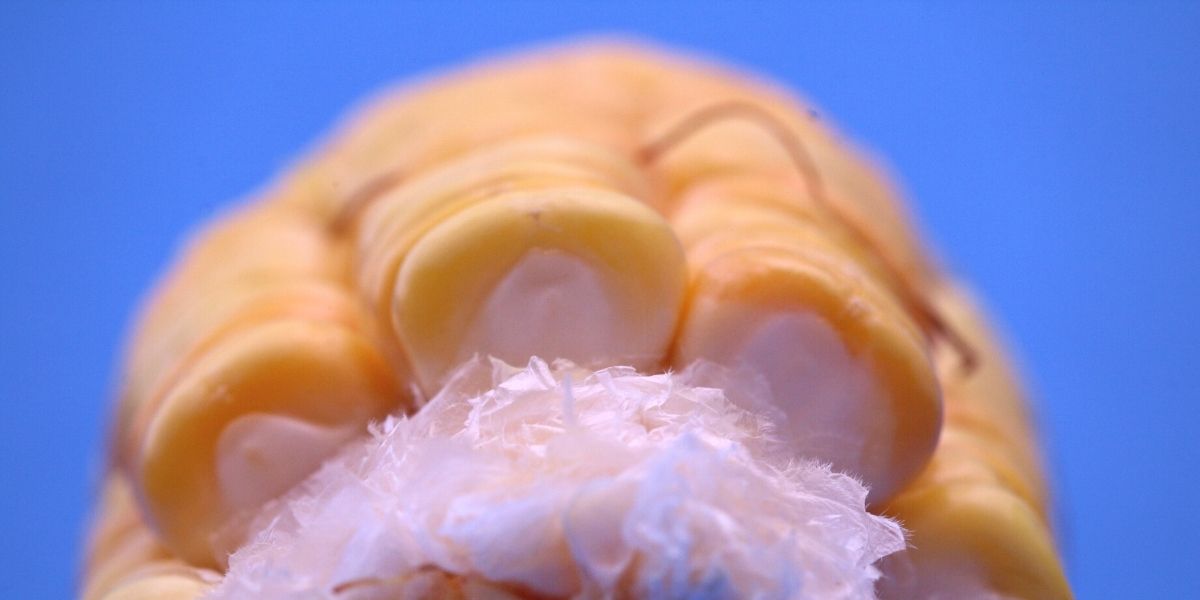