The World’s Most Popular Popcorn Brands

Popcorn is one of the most popular snacks in the world. 15 billion quarts of popcorn are eaten every year in the U.S, while billions more are consumed globally.

Weaver Popcorn is the largest bulk popcorn producer in the world and provides popcorn to more than 90 countries. But it isn’t necessarily everyone’s go-to brand.

Each country has its own popular brands of popcorn, and you may never have heard of some of them before.

So, let’s find out which popcorn brands are adored across the globe. This list may even inspire you to try a new brand of yummy popcorn.

Which Country Eats the Most Popcorn?

The countries that eat the most amount of popcorn tend to be the ones where visiting the movie theater is a popular pastime. The theater and popcorn go hand in hand, after all!

With this in mind, you won’t be surprised to read that the U.S. eats more popcorn than any other country in the world.

In second place is Japan, followed by China in third place, and France in fourth place.

Read about one of the world’s most interesting popcorn companies next – Double Good Popcorn.

Most Popular Popcorn Brands in the World

As the U.S. is the biggest popcorn consumer in the world, the most popular and best-selling brands worldwide are mostly from here. However, there are some big popcorn brands elsewhere in the world, which we share with you below.

Most Popular Popcorn Brands in the USA

A National Today survey quizzed 1,000 Americans on their favorite popcorn brands. The top 3 brands were:

These three brands aren’t the only popular popcorn brands in The States. Sales figures show that more and more people have been tucking into the following brands:

Most Popular Popcorn Brands in the UK

There are just over 20 different popcorn manufacturers and brands in the UK. Butterkist is the most popular popcorn brand in the UK, according to Statista. The next most popular brands of popcorn are:

Gourmet popcorn sales are also on the up in the UK. There’s a clear winner in this category, and it’s Joe and Seph’s. The brand has won 82 Great Taste awards to date. It’s often referred to as the “best-tasting” popcorn in the UK.

Most Popular Popcorn Brands in Japan

Hill Valley popcorn is cited as being “The first gourmet popcorn made in Japan”, so it’s unsurprising that the brand is well-loved. It also sells some unique flavors of popcorn, including Strawberry Fraise and Riche TruffleMore.

Most Popular Popcorn Brands in China

Chinese popcorn is very different from the popcorn we know and love in America. You’ll rarely find butter popcorn or salted popcorn in China. Sweet popcorn is all the rage instead and it’s normal to find popcorn coated in lots of sugar.

One of the most common brands of popcorn that’s found in China is Indiam. It has three popular flavors which you’ll notice are all sweet:

Most Popular Popcorn Brands in France

Yummy Pop is also popular in France. Not only does it taste great, but the Yummy Pop shop in Paris is owned by actress Scarlett Johansson.

Most Popular Popcorn Brands in Australia

Australia is another nation of popcorn-eaters. A popular brand of popcorn Down Under is Lolly Gobble Bliss Bombs which are made by Greens. The popcorn is caramelized and is sold in a ready-to-eat bag.

Australians also love going to the theater to watch the latest movies. Two of the biggest movie theater chains in the country are HOYTS and Event Cinemas. Both chains sell some impressive and moreish popcorn which are loved by the nation.

Popcorn is a snack that millions of people indulge in every day. While every country likes its popcorn in a slightly different way, it’s clear to see that the global population loves this tasty, little snack. Now that we’ve opened your eyes to the brands of popcorn other nations eat, we hope that when you’re next overseas, you’ll give their popcorn a try.

Before microwave popcorn Jiffy Pop was one of the most popular popcorn brands – find out how to make it here. 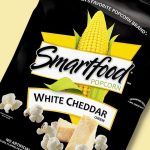 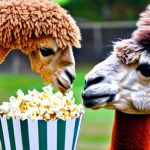