So what is hulless popcorn then, we hear you ask?

Hulless (or kernel-less popcorn is simply popcorn that has a slightly smaller hull than normal.

Now that we’ve got your interest let’s find out more about popcorn hulls, why people want hulless popcorn, and which brands sell it.

What is a Popcorn Hull?

A popcorn hull is sometimes referred to as the kernel, husk, shell, or seed. This is the part that pops when you heat it in a microwave, air-popper, or on the stove.

All popcorn needs a hull to pop, so it’s impossible to have hulless popcorn.

Popcorn hulls were first discovered more than 8,700 years ago. When humans realized that hulls could pop, they used them for all sorts of things, including food, jewelry, and ornaments.

Hulless popcorn is a variety of popcorn that naturally has a smaller hull than other types of popcorn. There’s no laboratory involved, so it’s GMO-free.

What are Popcorn Kernels That Don’t Pop Called?

There’s nothing more annoying than unpopped popcorn kernels at the bottom of the bag. If you accidentally pop them in your mouth, they tend to get stuck in your teeth. There’s even a possibility that they’ll break your tooth.

But do you know what these annoying unpopped kernels are called?

You’ll often hear them referred to as Old Maids. Spinsters is another name that unpopped kernels are sometimes given.

Can You Microwave Hulless Popcorn?

How Do You Make Popcorn Without Shells?

If you prefer to cook popcorn the old-fashioned way and use your stove, we’ve got the perfect hulless popcorn recipe for you.

Before you get started, make sure you’ve got the following ingredients:

Now it’s time to get popping:

Who Can Eat Hulless Popcorn?

Anyone can eat hulless popcorn.

Some people who have problems eating normal popcorn find that hulless popcorn is better for them. These individuals include:

Sadly, hulless popcorn isn’t safe for young children to eat. The American Academy of Pediatrics warns that children under the age of 4 years should not eat popcorn because it’s a choking hazard.

Even though the hull in hulless popcorn is a lot smaller, young children still shouldn’t eat it. The reason for this is that there’s still a hull in the popcorn which poses a choking hazard.

If you fancy trying hulless popcorn, you’ve got a range of brands to choose from. The following popcorn brands either describe themselves as being hulless or have small hulls:

When shopping for hulless popcorn, you need to look for one of the following varieties of popcorn as they all have smaller kernels than average:

You were probably shocked to discover that there’s no such thing as hulless popcorn. But almost-hulless popcorn is the next best thing. It’s a better option for many people as it has a smaller hull which is less likely to cause health complaints. So, if you haven’t tried hulless popcorn before, why not grab a bag the next time you head to the grocery store? 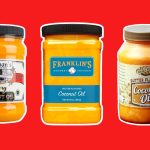